You are here: Home / The Navian Location 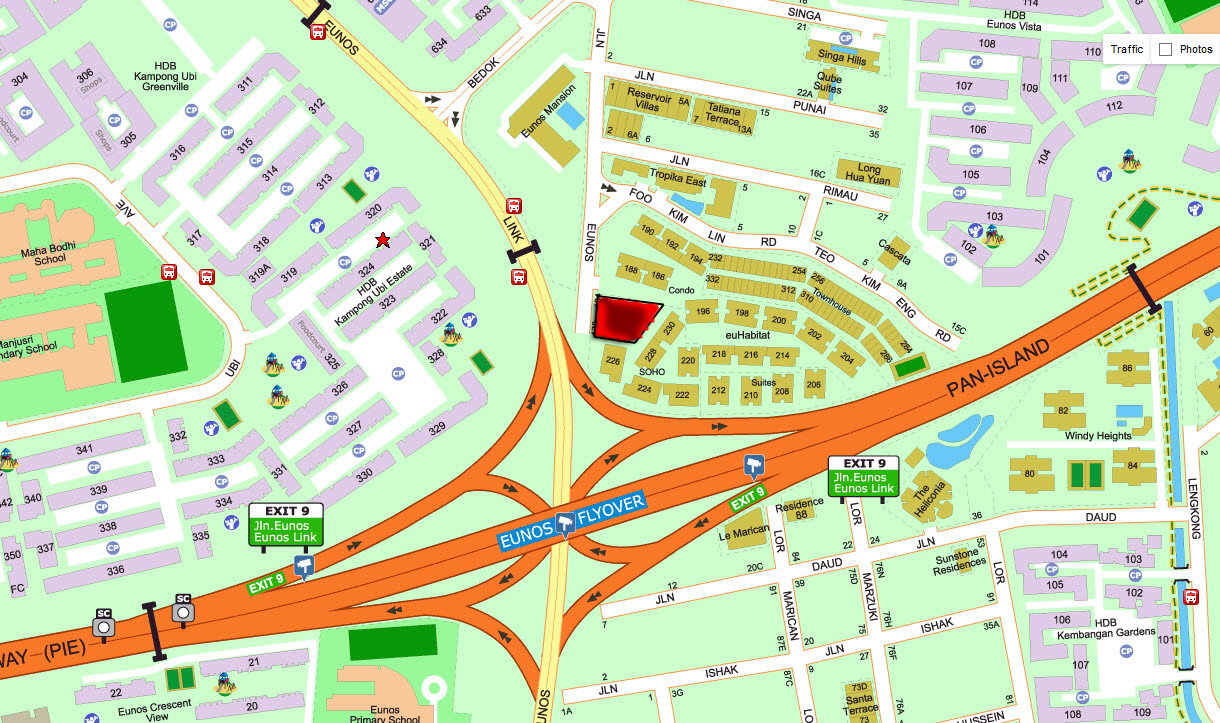 The Navian is a freehold development located along Jalan Eunos as well as Bedok Reservoir Road. It is one of the rare freehold developments in Singapore by Roxy Homes that is in close proximity to Paya Lebar Central. There are also many iconic places located near to The Navian condo such as Geylang Serai Market & Food Centre as well as Singapore Post Centre. It is also located off Pan Island Expressway (PIE) thereby providing unparalled access for home owners towards the city area as well as Changi Airport.

Bus Interchange & MRT Near The Navian

Shopping Mall Nearby The Navian Condo

Schools Nearby The Navian

It’s a generally quiet station, but quite a few stores can actually be found in the station’s proximity – clinic, grocery store, clothing stores and others. Since it is being a quite station, unfortunately, there are no cash top ops accepted anymore at the station’s Passenger Service Centre. Passengers should get their cash top ops before coming here. However, ATMs from all the main banks can be found in and around the station.
The station has three exits, namely Sims Ave, Eunos Crescent (at Eunos Bus Interchange) and Jln Eun. However, getting a taxi at any of these exits may not be really easy because taxis are coming from crowded places and usually taken. Needless to say, the traffic at the main road right next to the station is congested at rush hour, or it even is crowded at most of the time.

Many other places of interest including Geylang Serai Market and Food Centre as well as Eunos Market are within the vicinity of The Navian. Please see The Navian site plan and floor plans for more information.